Keck Observing Scheduled for Next June 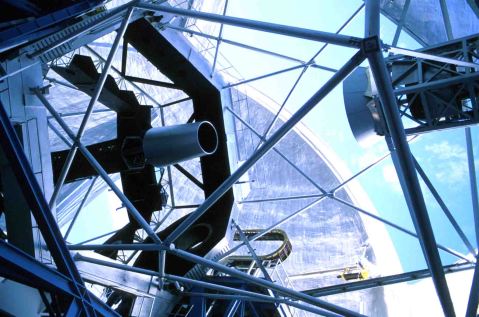 The Keck Observatory observing schedule was released online over the weekend. It’s released twice a year around June 1st and December 1st  listing the exact dates those astronomers who have been awarded with telescope time will have on the 10-m Keck telescopes located on Mauna Kea.  I was awarded one night by the Yale Time Allocation Committee (TAC) with the NIRC2 instrument and Natural Guide Star Adaptive Optics to zoom in around Planet Hunters’ planet candidate host stars and  look for contaminating stars that may be contributing light to the Kepler light curve. This will allow us to better assess the planet radius and the false positive likelihood for those candidates. To learn more about NIRC2 and  Natural Guide Star Adaptive Optics, check out a previous guest blog by Justin Crepp.

Part of the science team will be heading out to Keck Headquarters on the Big Island of Hawaii to observe. Let’s hope the night is clear. If it rains or is really cloudy, we’ll be out of luck. The rest of the nights on Keck II are scheduled for other observing projects and assigned to other astronomers. We would then have to try again next year and reapply to the Yale TAC for the telescope time. I’m hoping (fingers crossed) that the weather will cooperate and that we end up with lots of useful data.

We won’t be going up to the summit of Mauna Kea (at 14,000 feet!) where the telescope is located on June 28th.  A telescope operator will be run the telescope from up at 14,000 feet. We’ll  remote observe from sea level at Keck Headquarters (shown below)  in Waimea, Hawaii where we won’t have to worry about the effects of being at high altitude.

The operator will drive and control the telescope and the adaptive optics equipment. We as the night’s observers will control the camera and  run the show determining where we want to point on the sky and in what order. We’ll plan and think more about the run next year  in June closer to when we  fly out to Hawaii. We’ll make sure to blog, tweet, live chat and keep you all up to date on how the night and the observing goes.

2 responses to “Keck Observing Scheduled for Next June”